Made it!  Memorial Day is the first paid holiday my company has in the year after New Year's Day, and it's always a veeeeeeerrrry long time before this first three-day weekend hits.  Too long.

Work was rough this past week.  It's been wearing me out to the point that I'm finding I'm not enjoying my evenings any more.  Too tired.  But if you go to bed too quickly, then it's back to the grind without any respite.  But bills must be paid, groceries must be bought, and one cannot just dispense with the job, no matter how tempting it is. 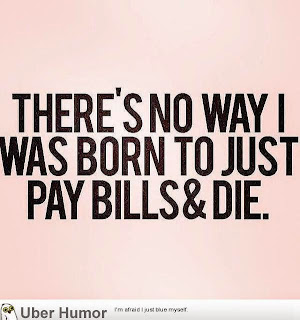 So, even though it was a drizzly day, I celebrated Saturday by grilling hamburgers and hot dogs, and making homemade buns for both.  Add in fresh corn and homemade orange sherbet for dessert, and it was a great dinner!

And yeah, I bake a lot of bread.  At least once or twice a week these days.  Earlier this past week I baked pita bread to go with some chicken souvlaki.  Fresh bread just makes every meal better!  And it's so easy.  Doesn't take nearly the time or effort most people assume it requires.  Only catch is thinking about it early enough to let it rise.  Deciding you want fresh bread at 5 pm isn't really going to work.  And then it's always nice to hear the family say how great it was to have a hamburger bun with real flavor for once. :-D  Makes it worthwhile!

Sadly, I can't eat the fresh bread myself.  I can only smell it and sigh and watch everybody else enjoy it, because I'm gluten-intolerant and the stomachache I'll get later if I do eat it is not worth the taste.

I pinched a nerve in my neck a few days ago.  Still dealing with that.  Ugh.   Drives me crazy when something prevents me from walking or lifting weights.

So, to cheer me up, I'm listening to the score to Krull, by James Horner, because nothing pulls me out of a funk faster than early, exuberant, all-out Horner.  The movie may not be the best, but that doesn't stop the score from being pretty darned fantastic.

Hamlette tagged me for this on her blog.  The tag is to list 10 of your favorite fictional movie or television series characters.  Of course, that was so open-ended, I had way more than ten favorite characters.  So, I started categorizing those favorites, and... it got out of control.  I love way too many characters!  And with Hobbit/Lord of the Rings still on my mind, the lists were kind of... boring and familiar.

Instead of current favorites or all-time favorites, I'm selecting the most reasonable of my various sub-categories, because it had exactly ten people in it.  Convenient!

So, these are my ten favorite screen characters who have also influenced me and/or changed my life, in both big and small ways. Sometimes a character simply teaches me more about myself.  But yes, I'm one of those fool people who can be affected quite strongly by fiction.  There is power in words.  It's one of the many reasons I became a writer. 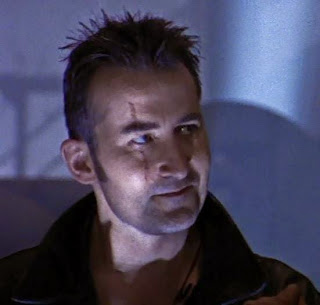 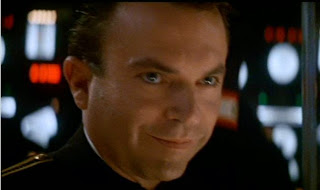 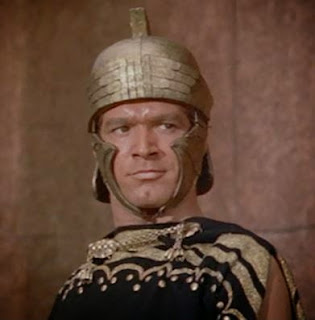 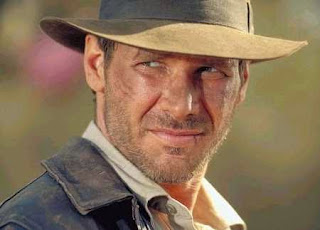 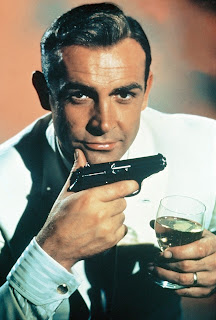 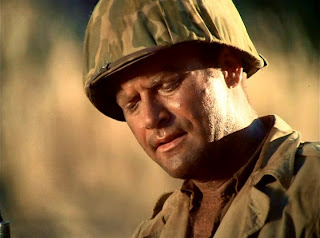 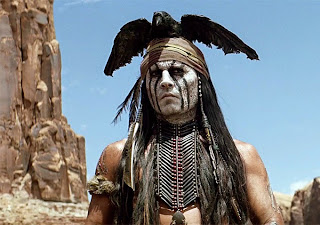 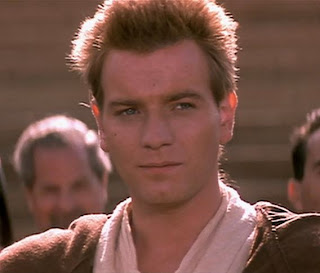 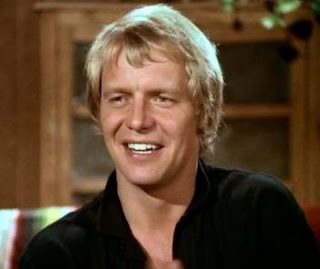 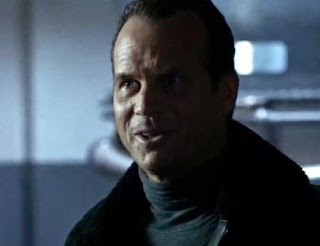 Interestingly, most of the fictional women who influenced me were in operas (and books), not movies or television.  Although opera pre-dates movies and television for me, so perhaps that's no surprise.  Long before I was allowed to watch a James Bond movie, there was opera.  So, to balance this list out slightly, (and since my favorite visual version of this opera is actually a film from 1976), I'm adding on Floria Tosca.  Here was a woman who needed no rescuing, and she remains my all-time favorite, and most influential, woman character of all time. 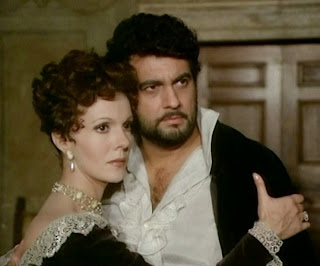 So, to finish out the Middle-Earth Movie Meme, here's a couple pictures of one wall of my living room, where all things Middle-Earth related currently hang.  Click on the pics to make them larger. 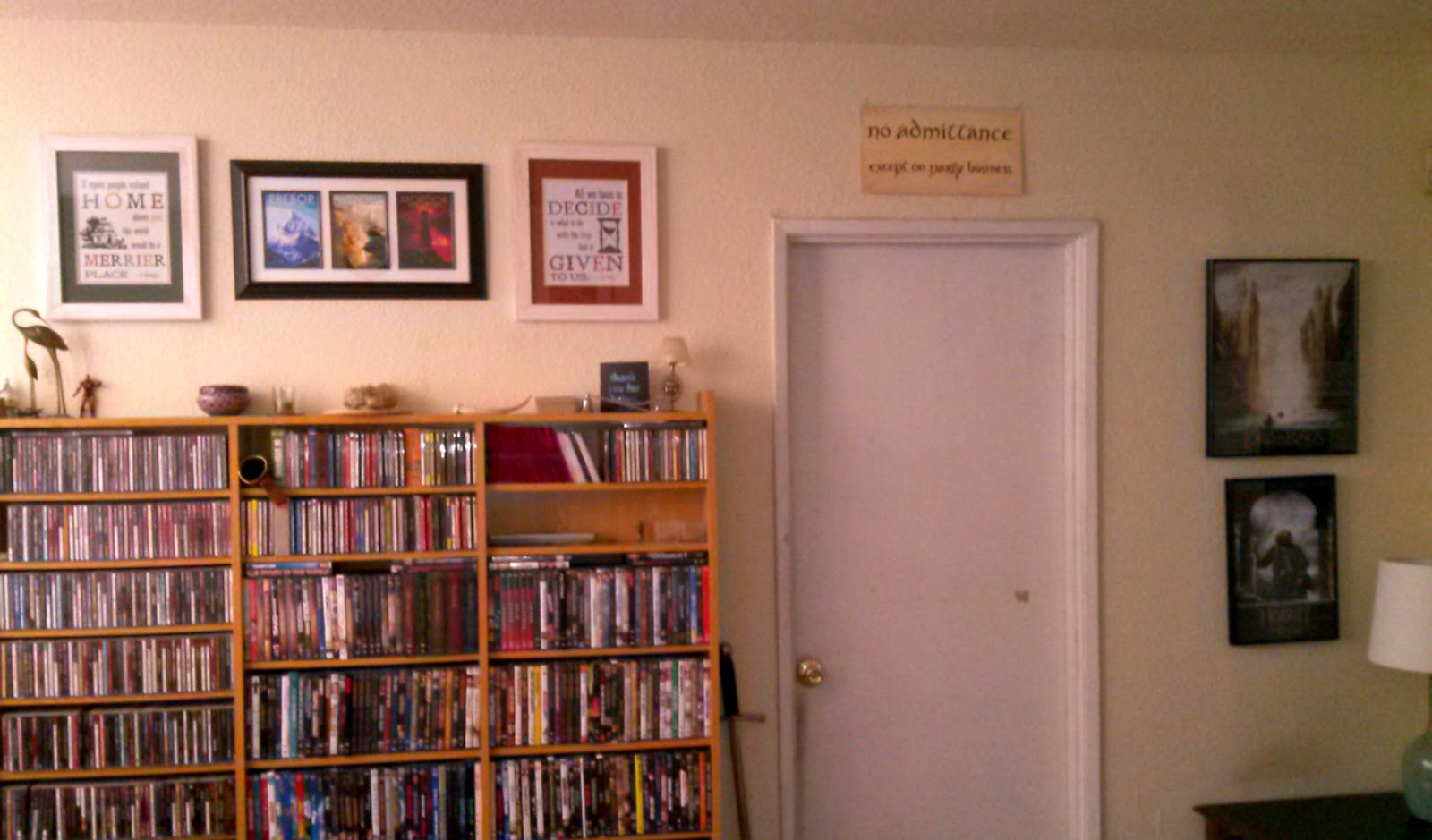 Posters from my two favorite Middle-Earth movies on the right, which I already posted close ups of over here...

My " no admittance except on party business" sign above my bedroom door... 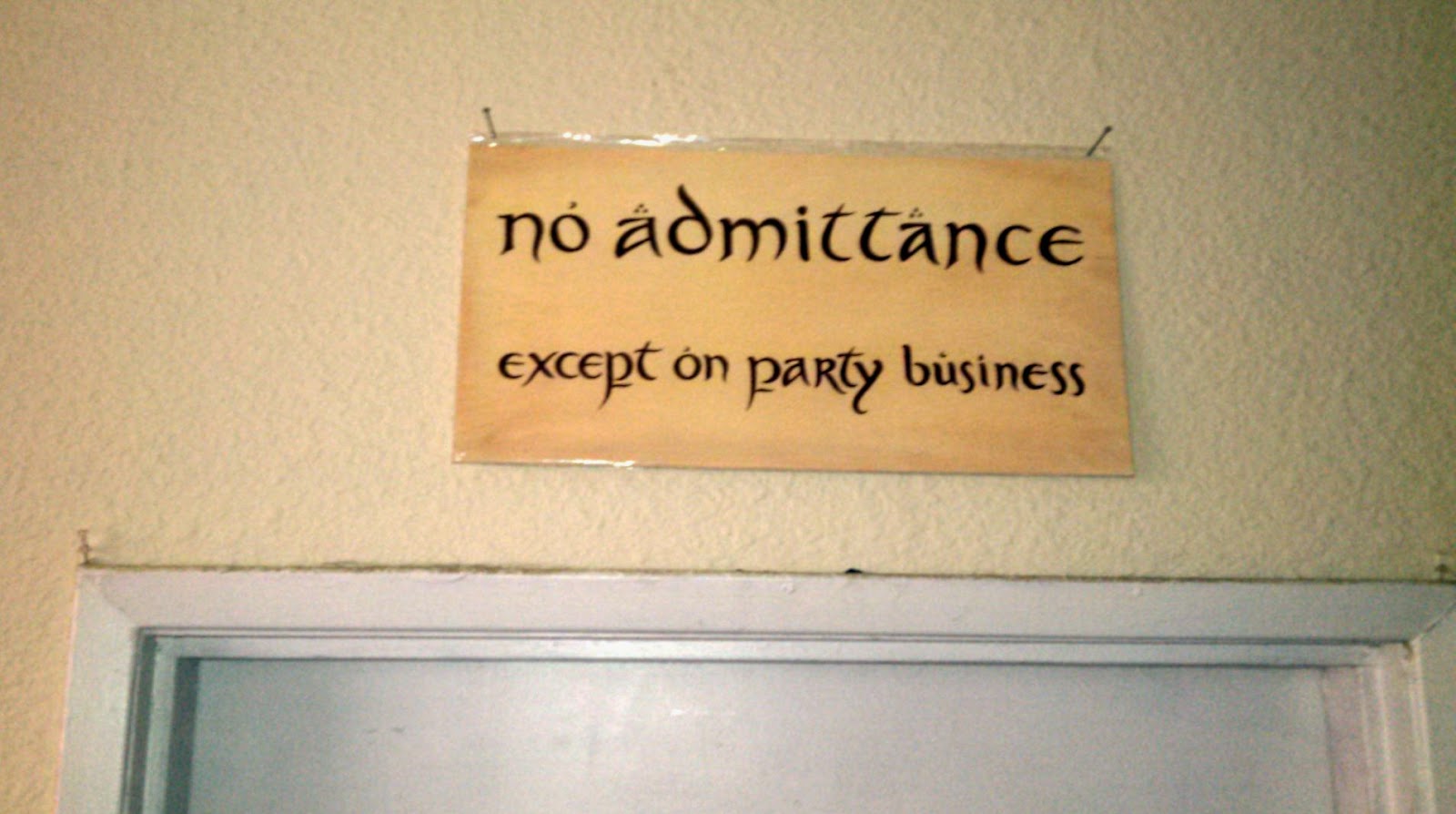 And over my DVD/CD shelves, my Thorin and Gandalf quotes on either side of my ME location pictures. 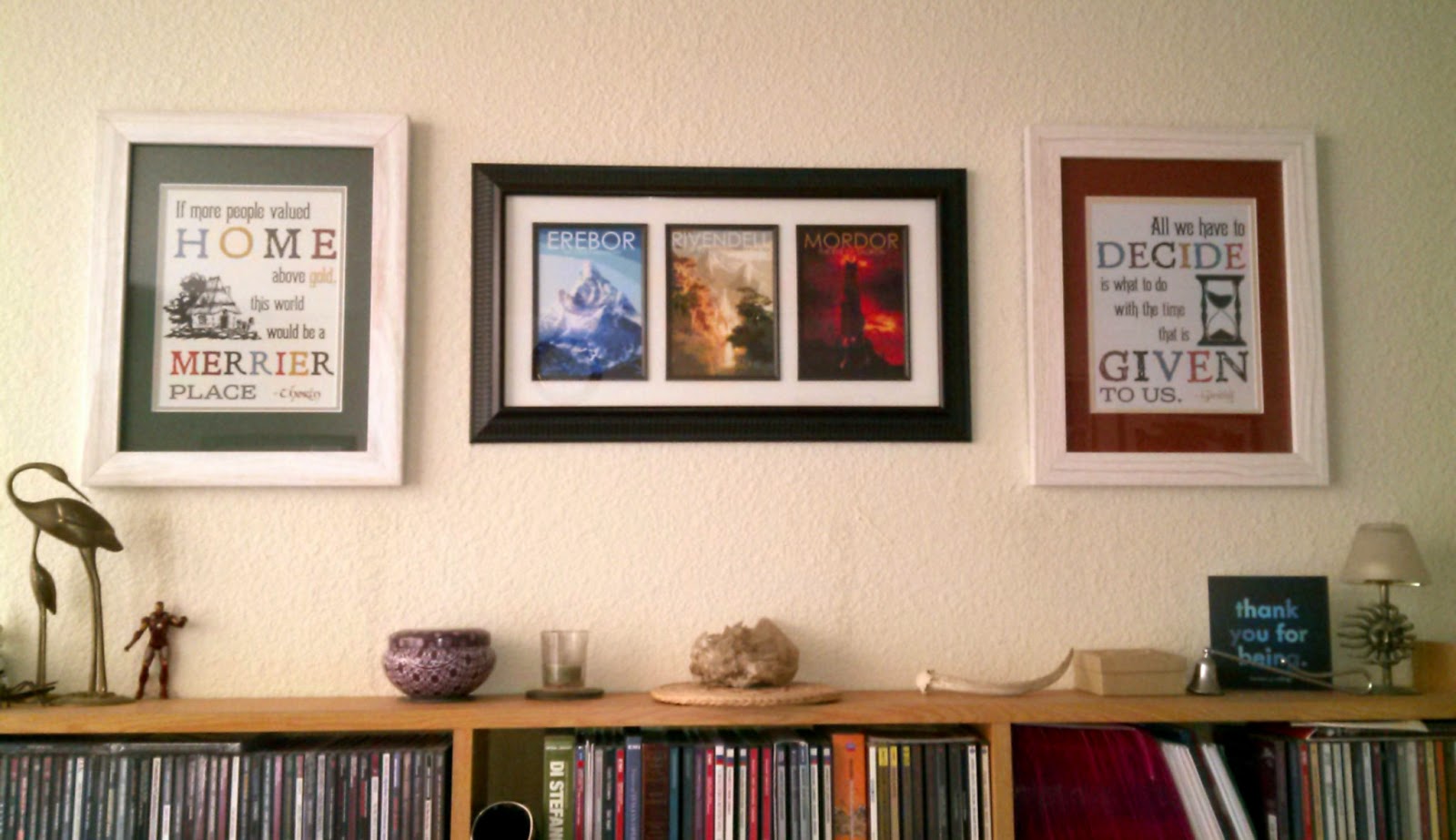 I have eight ME location pictures, which were supposed to go in that slot between the quotes... but as you can see, it's not actually a big enough space to put two rows of four pictures!  Woops.  I kind of seriously miscalculated that.  I was forced to pick three out of the eight.  Which sucked, because I love all eight pictures, but nothing for it.  So, I ended up choosing my three favorites visually: Erebor, Rivendell, and Mordor.  They also coincidentally match the quotes, with Rivendell being the bridge between the movies, as it figures prominently in both trilogies.

Edited to add a pic of all the other available location pics.  They're all so cool!  The other ones I have besides Mordor, Rivendell, and Erebor are the Shire, Isengard, Minas Tirith, Mirkwood, and Rohan.