They say you don't remember the pain of writing a story after it's over. And it's true. You don't. The pain fades quickly and all you're left with is a shiny spread of words to savor. How long or how hard it took to get them no longer matters.

But that knowledge is not helping during the writing of this particular story.
Posted by DKoren at 10:47 PM No comments:

I'll take that one, over there

So, I've been sort of working on all three novels, kind of alternating one then the other, waiting for the "this one NOW!" spark to hit, and, as expected, it's DTD. So, started getting seriously into the edits on it last night.

I'm on the first pass, which is namely: yanking all excess wordage, flagging sections that need to go, and putting notes in on new stuff that needs to go in. Pass two will be writing the new material. Pass three will be making the whole thing shiny. Then it'll need a beta reader or two to make sure I didn't break anything new, then it is declared done. I'm figuring two months, maybe less, with March 15th my current deadline to polished final draft.
Posted by DKoren at 3:44 PM 1 comment:

So, I started editing one of my novels today. It's nearly 145,000 words long, and 45,000 of those words need to go. Yanking the unnecessary stuff is actually way easier on this particular work than I thought it'd be, mostly because this draft has been completed for over five years, and I'm a very different writer nowadays than I was then. The story's still sound, but can you say bloated prose? I didn't touch it in all that time either, which makes it about as fresh as this one can get.

This is a novel that I've struggled with the beginning, because I originally felt I couldn't jump into the action without setting a few things up first. The beta readers all said once they hit chapter two, they couldn't put it down from there, but chapter one, that all important chapter one, bored them. So, there's the "swap chapter one and chapter two" theory, which I toyed with and don't like (or haven't figured out how to make work). There's the "throw out chapter one entirely and just let her rip" approach. Or there's something between those two. But on that subject, I read number 5 of this post today, which made me rethink what I need to do to the beginning. Again.

And I really liked this consise post from Elizabeth Bear today on narrative tension. I was talking recently with a non-writer friend on why they can't put down some books, and wish I'd read her post first. Then I would have had words (dilemma, escalation, resolution) and an easy example to explain it properly. My take was much more long-winded.
Posted by DKoren at 8:21 PM No comments: 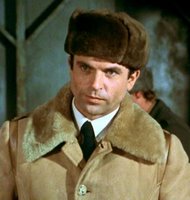 So, I've been wondering how much writing I want to push myself to do right now. The year ahead originally looked to be more of a editing year, but now it looks like it's shaping up to be editing AND new stuff too. I've committed to writing a story a month for my sister, due on or about the 15th of each month. So that'll be 12 new flash or short stories this year.

I briefly thought about doing this too. It's only 750 words a day, it's a deadline, I've got a bunch of friends doing it, so there's that peer pressure thing to help keep things on track.... The only thing holding me back is that I tend to devote heavily to projects, and I'm not sure how much I want to split my brain up into a new project while I edit the older ones. I'm not the best writing multi-tasker in the world. And I don't exactly need a new project when I've got three others needing editing and a fourth that needs to be finished. Still, going to spend tonight contemplating which project I would write for the new novel, or if I'd rather just focus on editing.
Posted by DKoren at 5:41 PM No comments: