I'll admit up front that this review might be just a wee bit colored by the frustrations I've had trying to watch this film. For some reason my computer has fits with Netflix instant viewing now, and glitches every few seconds. I tried to watch this movie a month or so ago, gave up, and finally just bit the bullet and watched it, constant glitching and all.

Despite the fact that this is a Western, and stars William Holden, I did not particularly enjoy it. There was too little plot for its length, and consequently I found it tedious (not a normal complaint of mine -- I generally like long movies). But I need strong plots, and this one just didn't have one. Has an okay main concept, but doesn't do much with it, relies on coincidence and fate rather than character action. There's also a subplot about sheep farmers that really has nothing to do with anything, it just gets in the way of the rest of the story. Yawn.

The good things that almost outweigh the rest:

William Holden. I thought he was fabulous, particularly towards the end of the film. Watching him react to things, watching the emotions on his face nearly made me like this movie despite the lack of plot. He carries this film, and his character is the only one who changes a tiny bit.

Jerry Goldsmith's score. I've always liked this score, so it was great to hear it in context, and more than that, hear the music that's not on the album. 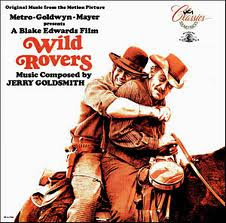 Moses Gunn as an old soldier friend of Holden's was great. And the scenery was pretty nice, but that's about all the positive.

And you know, I'm really really glad the first thing I saw Tom Skerritt in was Alien. He was a good guy there, nice, brave, and a bit naive. Mostly, he was just a nice guy, and I really liked him. I swear I have not seen him play a good guy since then. He shows up a lot in older films (and TV shows), usually as a young, whining, uncouth lout who I usually cannot wait to see get what's coming to him. This movie was no exception.
Posted by DKoren at 3:24 PM No comments:

I had seen this movie a long long time ago, but it has been so long, I'd forgotten what happened in it! It was quite different from what I thought I recalled. I always thought of Lana Turner as much more of a femme fatale than she actually was. I love that she always wears white, except for a couple of times, which I'm sure is loaded with symbolism, but it's too early in the morning for me to delve into that.

My favorite part of this film was just watching John Garfield. He has an easy acting manner that just makes him fascinating to watch. He reminds me, physically, just a bit of a young Charles Bronson. I really liked him and do believe I will need to rent a few more of his. There was a special features piece that was TCM's "The John Garfield Story." I watched that too, and enjoyed it a lot, but it was so sad too. I knew he'd died young, but only thirty-nine? Sad. Such talent, taken away so early. 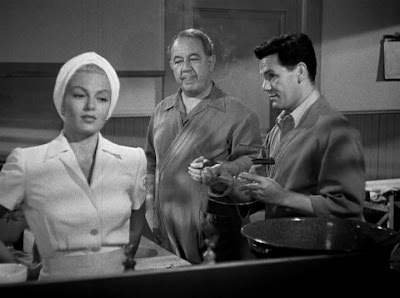 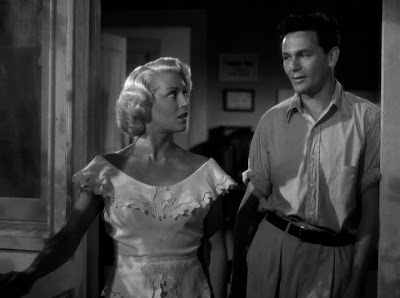 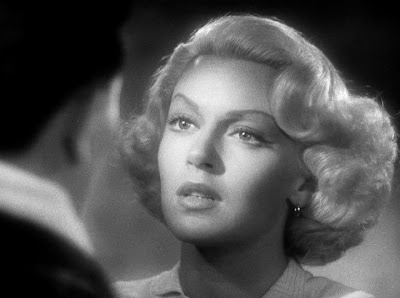 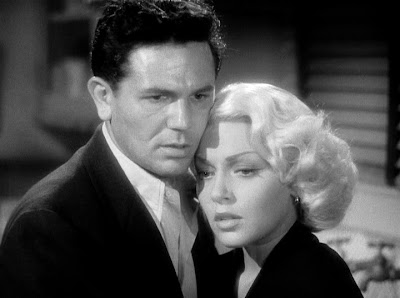 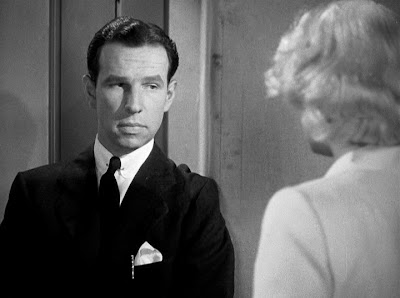 What do you know? I finally had time to watch a movie! I've had this one from Netflix most of April, while my life has simply been too busy to find time to watch it or anything else. And what an enjoyable film this was too.

Laird Cregar plays the lead, George Harvey Bone, a brilliant, but schizophrenic composer, who gets siderailed by Linda Darnell, playing a sexy greedy manipulative songstress, who uses anybody she can to get ahead in the world (and then dumps them when someone mores useful comes along. 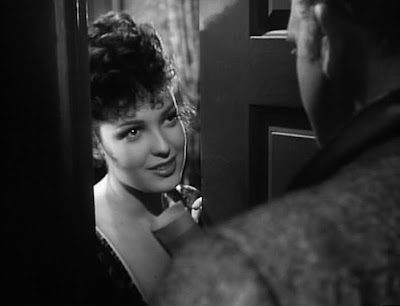 Faye Marlowe plays a beautiful pianist in love with Bone, though he can't seem to see how much she cares for him. And George Sanders puts in a turn as a good guy, a doctor Bone consults about his mysterious lapses in memories. 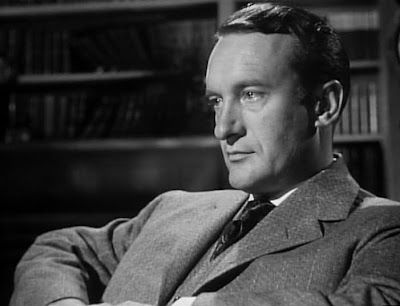 His mysterious lapses are episodes triggered by discordant loud noises. And once he trips over, he goes violent and murderous. When he finally snaps out of it, he can't remember what happened. A shopkeeper is murdered in the opening frames (very creepily, close angles, camera in POV of murderer), and Bone fears he may be guilty during one of his lapses. He goes to Scotland Yard, to George Sanders, for help, to find out if he's guilty and what he can do to prevent the lapses. Bone is a soft-spoken good guy who means well. He loves his music more than anything else, and his lapses in memory truly bother him. Laird Cregar always dominates a scene, and he is superb here, at turns gentle and quiet, letting himself be bullied around by Linda Darnell, who wants him to give up his concerto to write songs for her to sing (and advance her career), and then scary and ominous when he gets triggered. His life was so short, and it's such a shame. He was such a charismatic actor. 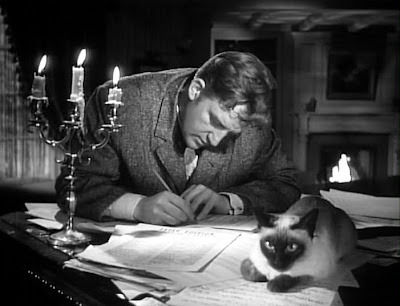 The movie features one of the most memorable ways to dispose of a body ever (I admit, I grinned in writerly delight at the cleverly beauty of it), and a spectacular finish. The running time of this film is only an hour and seventeen minutes, but it uses all those minutes well and, while Sanders is very under-utilized, the rest of it moves nicely in that short time frame.

The memorable score, including Bone's Concerto, is by Bernard Hermann. 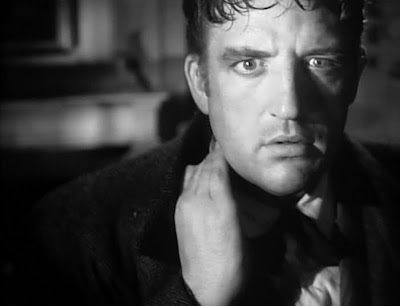