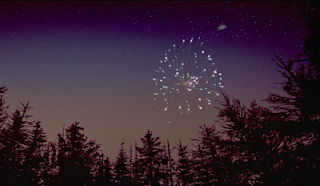 It will be hard to top 2015.  It opened with Battle of Five Armies and closes with Force Awakens.  (And I happen to be wearing Force Awakens sweat pants and a Five Armies hoodie today.  That's me... representing my favorite movies.)  I went to Australia, and that was beyond amazing, not to mention has changed my life and given me someone I look forward to seeing again.  I went to the Las Vegas Star Trek convention and had the time of my life with my sister.  I visited Hamlette and family.  I  met two favorite opera singers, re-hooked up with some old friends I haven't seen in fifteen years, and saw Duran Duran at the Hollywood Bowl.

This year had all my favorite things:

I even combined my favorite things and went to Disneyland on Halloween dressed as Hilts from Great Escape.  Complete with baseball glove. 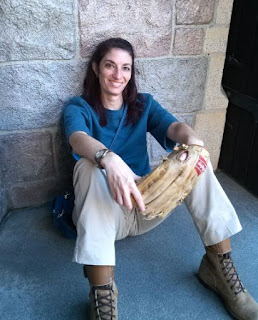 This was probably one of the best years of my life.

There was loss this year.  I still tear up thinking about James Horner.  That hole still gapes and bleeds.

I'm afraid I reviewed almost none of the movies I saw in the theater this year.  I might do a quick summary on what I saw and what I thought of each soon.  I have not been particularly motivated to blog lately, sorry about that.  But I have a now eight-year-old nephew who is amazing and I'd just rather spend time with him.  I've gone through three nicknames from him this year as he renames everyone in the family to match whatever his current obsession is.  First was Aragorn for half the year, then Obi-Wan, and then since Thanksgiving, I'm Fi, which he pronounces Fee (I believe it's technically pronounced Fy).  This is a character in the Legend of Zelda game that he likes to play.  Who knows what names next year will bring?  It is a constantly daily delight, however, that nobody in our family goes by their real names among each other, thanks to my nephew's renaming of us all.  I have never been fond of my real name.  I would happily change it and never look back, so my nephew's predilection for changing our names is wonderful for me.  I'd much rather be called Fee any day (though I miss being Obi-Wan).  I am curious what will happen next year, though, as probably the middle of 2016, we'll show him Raiders of the Lost Ark.  Now, one of my longest running nicknames is Indy.  Since, well, 1981, basically.  My sister still has me labeled "Indy" on her cell phone today, after all these years, cuz that's been my name between us forever.  So, it's going to be weird when my nephew finally sees this movie, because, of course, he's going to become Indy for awhile.  Which will be fine as long as I get to be Belloq.  LOL!  "Archaeology is not an exact science.  It does not deal in time schedules!"

I wish everyone a happy and safe New Year's Eve, and a prosperous and fulfilling 2016! 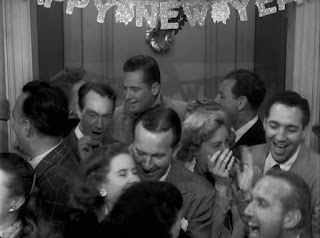