Discipline looks a lot better when someone else is wearing the uniform. 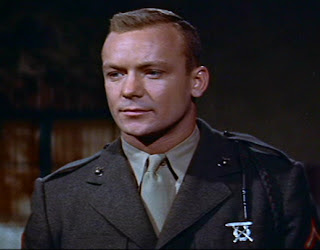 Yeah, yeah, yeah. I should be working on that novel. But I'm not. I'm working on the other novel. I'm unpacking boxes (got about 8 taken care of). I'm finishing off the contact paper in the last cupboard of the kitchen. I'm watching "L.A. Confidential" and wondering how I'd recast it if I'd been making it in the 50's. I'm cooking twice-baked potatoes for the gang. I'm sorting crud that's not mine in the garage. Oh yeah. And I'm working on the other novel. Because I can't get my brain into DTD mode. Need to watch "Where the Sidewalk Ends." Doesn't matter what mood I'm in. This is business. This is work. This is discipline.

Which I don't seem to have today. Sigh.
Posted by DKoren at 6:22 PM No comments:

Getting back in the game

It helps to spend an hour figuring out your finances for the rest of the year, and realizing you will be worse than flat broke.

So. It will help, even a little bit, to start earning money for my writing again. So, I did a quickie look-see of my short stories and found all except one in need of serious rewrites. Cruised Ralan to see who takes reprints, found one that may be a nice fit, and sent it right off.

Tonight, I will do a serious evaluation of the various drafts of stories and see which ones are actually worthy of being sent out. My current goal is to work on shorts through the end of this weekend, complete and send out as many as possible. After that... it's on to the big stuff. DTD. No excuse not to finish the final draft and get it out the door.

And this means nano's out this year. The last thing I need to do right now is start a new novel, when I've got three completed and just in need of revisions. When those are revised and out the door, then I can both finish Variance and start the new one. Not until then.

And that's also the end of my fanfic run... I was just revving up on MM too, but I can't spend time on it any more. Not right now. Maybe after I get some more stuff out the door, I can slip in a few hours a week on it.
Posted by DKoren at 6:10 PM 3 comments:

My conscious brain is a very visual thing, and it can hang onto a lot at once when I'm seeing a story unfold in my eye. It's like Cinemascope. Except you can't write in Cinemascope. You can write broadly or narrowly, but you only have sentences chained together to form your vision. Each sentence feels like a spotlight, even when you're writing broadly, and you have to point the spotlight correctly or the scene goes astray.

I've got eleven major characters with speaking roles crammed in one room with forty other extras and a band. It's the scene that sets up the entire rest of the story, and everybody has to be kept straight. If I had to think about what I want to accomplish in this scene, try to plan it out, use my conscious visual brain, I'd go nuts. This is where I rely on the subconscious's in-the-can version playing in my head. Which, yes, is different from what my conscious brain sees. My conscious brain sees the sets and the cameramen and actors and lights and marks on the floor. It wants to shout orders and play director. The subconscious shows me the 'finished' product. It already has the camera angles, the focus, and I trust it to be what the story needs.

And, of course, there's always the blessing of re-writes, which are usually not so much re-envisioning the scene, but refining how I describe what the subconscious shows me. It's odd to me sometimes how much the physical act of writing a story has little to do with the words. That probably makes little sense, even to other writers, but it's how I work.
Posted by DKoren at 9:40 PM No comments:

More mental reshuffling on P.O.W. Now the good guy (the lt.) has been re-cast. (as opposed to the good bad guy (the maj.) who changed shape a couple weeks ago.) I was picturing a John Kerr/Joe Cable type for the lieutenant. Young, fresh, rather naive, though still a good soldier. Nope, that's not working out at all. Watching the movie "Battle Cry" last night, I realized that was not the type I wanted. I wanted young, fresh, reluctant, and a good soldier. Someone who doesn't say "I don't know if I can do that but I'll try because I have to" and go in and do the job, but someone who says "sure, I could do that, but I don't want to, so leave 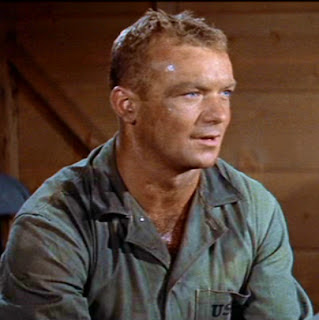 me alone." Much better foil for the major, and then when The Scene comes... it's even more devastating. And that makes me very happy. It also now makes me excited about both roles, whereas the maj. was stealing all the thunder before. Now the lt. is his match.

And oddly, the Aldo Ray character in the movie that inspired this switch is not at all like the lt. in my story. He's not reluctant, isn't a loner (I sort of got a William Holden/Stalag 17 attitude imposed on him, LOL!) . It's just that I can see him being the way I want in my story. That's usually the way it goes. Someone grabs my attention and I think, that's nice, but what if he was like this instead? And the new character is off and running.
Posted by DKoren at 8:00 AM No comments: