So, I'm stealing this from Hamlette and Eva.  My favorite television series.  I have a whole bunch of television shows I love and love to watch, but not all of them make the favorites list.  It's really got to have characters/actors I love, well-written shows, emotions, humor (the right kind), action.  These make the grade.

1. Combat! (1962-1967)
Vic Morrow.  WWII.  Some of the best written shows ever. Only show I've written fanfic for as an adult and have another website, co-owned by White Queen, that is devoted just to this show. 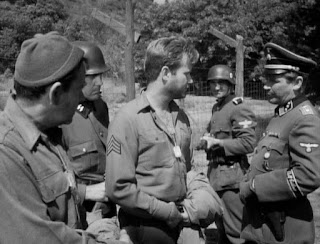 2. Highlander: The Series (1992-1998)
I enjoyed the original movie, but didn't love it.  It was Adrian Paul as Duncan MacLeod in the series that sucked me into this world, not Connor, though I still love Connor too, and that premiere ep when Connor and Duncan are sparring... that never ever ever gets old.  And Joe and Methos are probably two of my favorite characters of all time.  I even love Amanda.  And Kronos, of course. He may only be in a few episodes, but this series would be among my favorite television shows based solely on the "Comes A Horseman"/"Revelations 6:8" two-part ep, though there were plenty of other really good solid episodes.  Only show that had enough awesome sword fights to satisfy me.  I watched this one from premiere to conclusion when it aired. 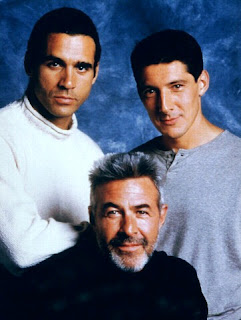 3. Star Trek (1966-1969)
This one goes back to early childhood.  We watched an episode a day for years and years and years as they aired in re-runs throughout the 70s and 80s.  It was the backbone of my youth.  Love that crew!  Love their adventures.  Love that ship.  (Although my favorite captain from all the ST series is still Captain Pike...).  I listed my top ten favorite episodes of this show here. 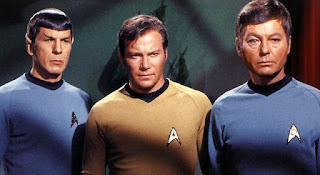 4. Buffy: The Vampire Slayer (1997-2003)
Another show I watched start to finish as it aired.  Didn't think I'd like it initially, but silly me. I had yet to realize the power of Joss Whedon's writing.  This show took over my life the entire run time.  Waiting for new episodes to air was almost painful some weeks.  The fifth season remains my favorite season, and "The Gift" remains my all-time favorite episode.  Buffy is my favorite character, followed by Spike, but there wasn't a single main character I didn't like. 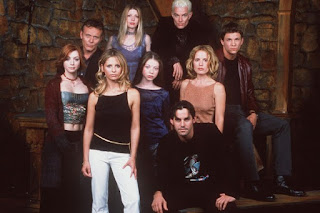 5. Starsky & Hutch (1975-1979)
Was too young for this show when it aired, but started watching re-runs in the 90's and was instantly hooked.  I loved the two lead characters so much.  Loved all the regulars.  Loved the eps. 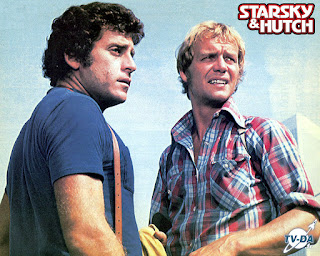 6. Have Gun: Will Travel (1957-1963)
Paladin is one of my favorite characters, and these little half-hour episodes are so well-written.  They pack a lot of punch into a very short time.  Some are funny, some deadly serious.  This is the only show on my favorites list that I haven't seen every episode of yet, as I'm savoring and spreading out the later seasons so I have something to look forward to. 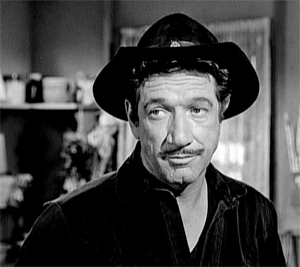 7. Voyage to the Bottom of the Sea (1964-1968)
My earliest television memories are of Voyage and Star Trek.  There wasn't ever a time when they weren't part of my memory.  Both dominated life from early single digits well into my teens. These two shows were family shows, so they're also both tied up in family memories and a boatload of nostalgia. 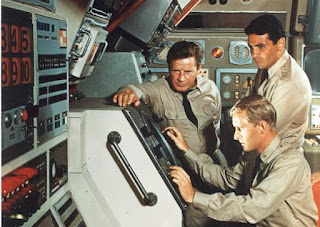 8. Rejseholdet (Unit One) (2000-2004)
Danish crime drama with Mads Mikkelsen that follows an elite police force around Denmark.  I really did not expect to fall in love with this show and in particular, all of the characters.  I'm not a fan of most American crime shows, as they... hm... well, they seem to play to the audience, to invite the audience to try to solve the mystery ahead of the characters.  I'm not interested in solving fictional mysteries, so I find those shows annoying to watch.  Red herrings and cleverness and crimes that have to outdo other crimes to keep the audience on their toes... Not my thing.  This show, on the other hand, is just very matter-of-fact, isn't designed to make you a participant.  I love how straight-forward it is.  And I LOVE those characters, every single one of them.  So much that I've started watching other Danish movies and tv shows that star those actors, and not just Mads.  And the show really helps my Danish language lessons too. 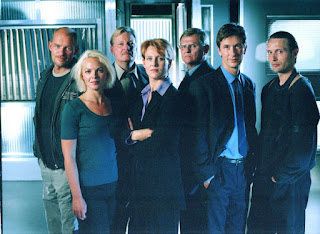 9. Xena: Warror Princess (1995-2001)
A spin off from Hercules: The Legendary Journeys (which I happen to be re-watching right now! We're introducing my nephew to it, and he is absolutely loving it.), Xena was both darker, more emotional, and also funnier at the same time.  I watched both shows to completion when they aired, but Xena was the show I preferred.  I love Lucy Lawless and Renee O'Connor as the two leads, loved how they grew and changed, particularly Gabrielle.  I loved the crossover eps and the wacky meta eps set in the current day.  This show also introduced me to Marton Csokas, so, yeah... 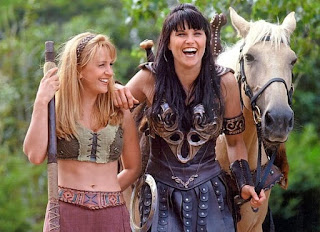 10. The Adventures of Brisco County Jr. (1993-1994)
I just can't leave Brisco off this list. I've talked before about it, and about my favorite episode here.  I still just love this show so much.  Western, comedy, drama, so much fun.  Bruce Campbell rocks.  I'm amused that he's in two of my favorite shows on this list (this one and Xena), and one of my runner up favorite shows is Burn Notice, in which he's also a lead.  I have much Bruce Campbell love, clearly. 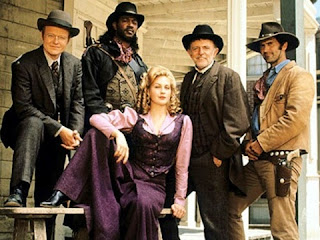 So, there you have it!  My top ten favorite shows right now.
Posted by DKoren at 7:25 PM 7 comments: