John Williams at the Hollywood Bowl!

Wow, went to the Bowl last night to see John Williams conduct the LA Phil in a concert of various movie music. The concert was sold out! The attendance sign said 16,792 people were there last night!!! It was packed to the gills, and it was AMAZING. Hundreds of people had brought lightsabers. Williams opened the concert with a medley of famous movie themes (accompanied by clips from the movies played on a giant screen), and when Star Wars came on, those lightsabers all came on and the theater glowed around us, as everyone cheered. And that was for just a very short clip of the music. It was just a taste of what was to come. We knew when the full theme would be played later that night, the Bowl would go bonkers mad.

Sure enough, at the end of the second half of the concert, Williams started with "The Asteroid Field," from Empire, and a few lightsabers clicked on. Then Princess Leia's theme. More lightsabers. And then... the main Star Wars theme accompanied by film clips... and the place went MAD in the best possible way. All those lightsabers went on. Everyone was laughing and cheering and if you could have bottled the love and enthusiasm in that audience, you could have made a fortune. It was amazing. I've been to a lot of John Williams concerts, but holy smoke, I've never quite seen anything like this.

That was technically the end of the concert, but the deafening round of applause brought Williams back out, who launched the orchestra immediately into the Imperial March. You thought the audience went mad for just the Star Wars theme? This was even bigger! And all those lightsabers? Started keeping the beat. Sheer. Awesomeness. Hundreds of lightsabers stroking the downbeat. Wow. Just wow.

After that cue, John Williams was peering out in the audience, and he realized the whole place was glowing with waving lightsabers, and he pointed, and his mouth dropped open in surprise and awe at the tribute.

We got two more encores, ET and Indiana Jones, and then, even though the audience had not quieted in the slightest, and was still clapping madly, alas, the lights came up and that was that. What a fabulous evening. Here we are thirty-four years after Star Wars came out, and John Williams and his music are still moving people that much.

One of the other highlights for me was when they played the How the West Was Won theme and showed clips from all kinds of Westerns. Loved loved loved that. Lots of other good stuff, more medleys, a suite from The Reivers, Harry Potter, etc. They showed the opening from Last Crusade without music, and then with music, and that was pretty cool.

I'm embarrassed to say I had no real idea who James Taylor was, but for those who do -- he was a guest narrator during The Reivers suite, and he also brought his guitar and played a piece. At the very end of the concert, John Williams brought him back on stage to show him the audience with all their waving lightsabers, and they were both boggling.

Coincidentally, Dear Old Hollywood has a great post on the Hollywood Bowl and it's history today too. Check it out!
Posted by DKoren at 10:41 AM 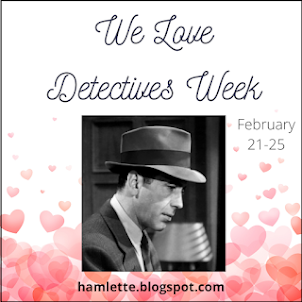