Another Stewart Granger movie right up my alley. This time in the sailing/South Sea Island vein. I quite enjoyed this movie, which had another nice score by Miklos Rozsa. 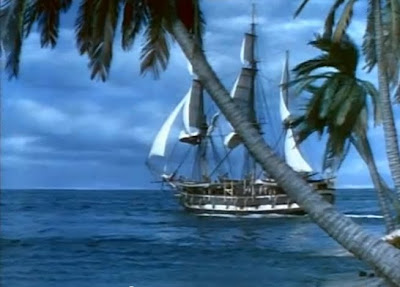 Robert Taylor also stars in this movie, as Granger's younger brother, which was weird, as Taylor looks older to me (and I think he was older in real life), but whatever. They were believable as brothers Mark (Granger) and Joel Shore(Taylor), scions of a long line of seafaring Shores. 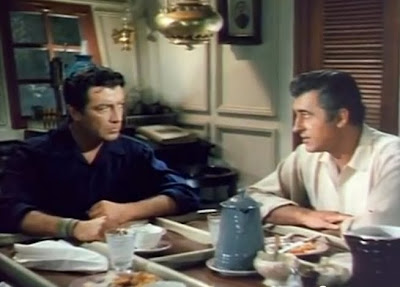 The movie opens with Joel returning to port and finding Mark missing and presumed dead in the Gilbert Islands. There's some sordid tales spinning through the seamen on the ship Mark captained, about Mark skipping out on his crew. Joel won't accept any insult to his brother, however, and defends Mark's honor with fists when necessary.

Joel is given Mark's ship and becomes her new captain, and he immediately sets sail for the Gilberts to find out what happened to his lost brother. Ann Blyth plays Pris, the girl both brothers loved. With Mark out of the picture, she marries Joel, and sails with him on their three-year cruise! That rather surprised me. Who takes a woman on a whaling ship??

Of course, when they get to the Gilberts, Mark turns up alive and well with a wild story to tell. Mark's story was my favorite part of the movie, naturally! Just all Stewart Granger, friendly and unfriendly South Sea islands, a native girl he falls in love with, and a shifty-eyed bunch of pearl hunters looking to make it big that he falls in with accidentally. The wealth the pearls offer fuels the last portion of this movie, with Mark fully intent on recovering his loot, and Joel fully intent on continuing his whaling mission. Neither brother is willing to back down, so things get quite interesting at the end of the movie. 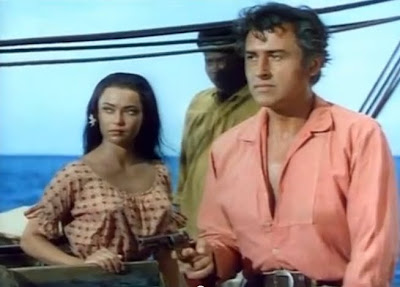 Like I said, Mark's story told in flashback was my favorite section, but there were quite a few other moments I really loved. When Mark finds out Joel has married Pris in his "presumed dead" absence, the look he shoots Joel is pure hatred. It's so strong a look I half expect Robert Taylor to burst into flames or something. Remind me never to make Stewart Granger mad! LOL! I loved most of the scenes between the two brothers, as they verbally spar with each other. There's a great scene where Mark takes special delight in telling his brother that he took Joel's toys away when they were kids, and he can still do it now. To Joel's credit, he doesn't rise to the bait, but if there's one thing Robert Taylor's really good at, it's being stolid and unflappable. And I loved when Joel finally decks Mark (hm, I see to enjoy watching Granger get knocked down... at least when he totally deserves it.). I loved the action-packed end of the movie too.

Other things I loved about this movie: the wonderful James Whitmore as one of the scroungy, scheming pearl hunters. Absolutely loved him, plotting quietly, acting decisively when he's ready. There's a desperate fight between him and Granger that I loved, even if I had to watch it through my fingers (I have this thing about knives being grabbed by the blade...). John Lupton is also in this film, in a small role as a seaman, and I dig him too. And Ann Blyth's character doesn't get in the way too much, so I didn't mind her along for the ride as much as I thought I would. 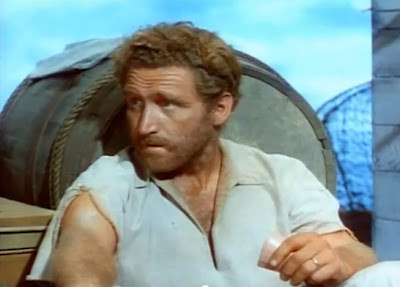 All in all, a rather different movie and quite enjoyable. I'd definitely watch it again. 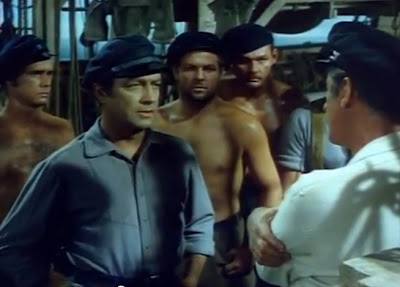 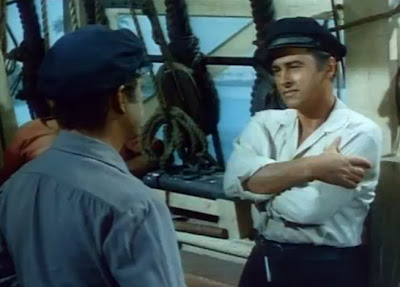 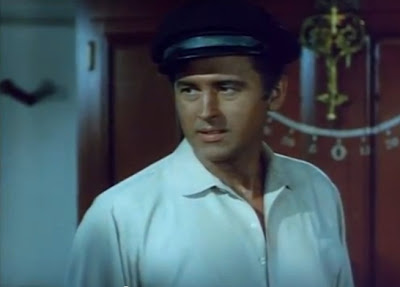 I watched (and wrote about) this one sometime last fall. I quite enjoyed it. Hard not to with both Taylor and Granger, huh? I am becoming so wild about Robert Taylor that James Cagney and Cary Grant are in danger of slipping from their positions...allowing the gorgeous Mr. Taylor to move into my #5 slot.

From what I've come to learn about you, this movie is definitely right up your alley.

Oh, and I have to tell you, while I understand not wanting to leave your bride behind for 2 years, a honeymoon on a whaling ship does not sound appealing to me!! Then again, maybe with Robert Taylor, it just might be.

Have a great evening!!

Your list of films reviewed is definitely helpful! I love checking your site after I've seen a movie to see if you've reviewed it at some point. I need to do something similar, just need to figure out how!

I have to say, I'm still not feeling the love for Robert Taylor. I like him in Westerns, but I just can't seem to warm to him in other films. I don't dislike him, but I don't find him nearly as appealing or interesting as Stewart Granger.

Hee! I know I sure wouldn't want to honeymoon on a whaling ship! LOL! With Robert Taylor OR Stewart Granger or even William Holden... okay, I might re-think it if it were WH captaining that whaler... :-D

"if there's one thing Robert Taylor's really good at, it's being stolid and unflappable"

So true! Made me giggle.

All your pics made me lonesone for Moran of the Lady Letty...

I liked this film too! Especially the Rosza score, which is absolutely perfect.

This was one of the first Robert Taylor films I saw, and he's just as you describe him, rather stolid and unflappable. I also found him that way in SADDLE THE WIND...but then as I saw him in other roles he really, really grew on me and I came to feel that the more stolid characters were the result of conscious choices he made. He's always a fairly "still" actor, but his performances in movies such as the film noir HIGH WALL or my favorite Taylor Western, WESTWARD THE WOMEN, are quite different. He's really dynamic in WESTWARD THE WOMEN (he's also pretty lively as a frontier scout in AMBUSH) -- and has a really great, shocking scene meting out trail justice.

But anyway! I'm thoroughly enjoying your Granger fest and have noted several titles I still need to see myself!

Hamlette -- haha! You crack me up. And now you got me craving some Valentino! I remember how fabulous he looked in "Moran." Mmmmm. Do we have any of his movies left we haven't watched together?

Laura -- I think that's why I like Taylor so much in the Westerns I've seen him in. He seems to get into those more, or something. He's got a lot more emotion and personality showing. "The Law and Jake Wade" is still my favorite Taylor movie, but I need to see "Westward the Women"! One of these days And I'll add "High Wall" to my list.

Octavo Dia said...
This comment has been removed by the author.
2:47 PM

Hmm... I think we might have 1 or 2 left. Maybe if it's nice on Sunday. Otherwise, we could rewatch one. Lady Letty, for instance...