Always listen to your gut

I went and saw the new Star Trek movie. I really should have sat until the urge and the recommendations passed, because that was one sorry excuse for a movie, and I am very sorry I helped give money to make it a blockbuster this opening weekend (as I'm sure it'll be).

Oh, there's nitpicky stuff galore to complain about. I hate the look of every single one of their ships (hallways that look like they belong on Senator Organa's ship and innards that are nothing but pipes... what, we run on steam now? and a Romulan mining ship that... er... I don't know what the hell that ship's all about inside). A villain so lame I rolled my eyes every time he opened his mouth (and I actually like Eric Bana too). I had a hard time with the cast, with the notable exception of McCoy, who was just about the sole saving grace of the film. Karl Urban as McCoy was awesome. Nobody else came close (maybe Spock), and it may just be me, but I couldn't feel any part of old Kirk in this new Kirk. But you know, I expected that, and I would have forgiven that. If the movie was good. If the plot was good.

Why is it people have so much trouble with plot? Particularly in Hollywood. It's not like it's one novelist sitting in a corner working alone for ten years with no feedback. You've got so many people involved in a movie production before it gets greenlighted... does no one ever raise their hand and say, um, you're hinging your story on a series of ridiculously conceived coincidences? Like Kirk meeting up with Spock on the planet? First off, no version of Spock would ever jettison anyone, least of all a Star Fleet cadet (it isn't logical). In the movie's circumstances, it's tantamount to murder (what with the planet being hostile), and it's only luck Kirk makes it out alive. What happened to the brig? Nice safe place to put people who have broken regulations. That right there boggled my mind. Then, to land on a planet and make your way (again by accident) to the one cave on the entire planet harboring another jettisoned person? Sheesh, all for what? So you can show off some computer-generated creature that doesn't even serve the plot? There's so many other natural ways Kirk and Spock could have met up.

And that's only one of the ridiciulous plot coincidence/contrivances. The entire Star Fleet is away and can't respond? Seriously? When the ships full of cadets can reach Vulcan from earth in a few minutes practically? And Kirk can figure out it's a trap just from an overheard comment of Uhura's and a description of his father's death? Seriously? You're telling me the Federation and Star Fleet have no one else following galactic events? It goes on and on. As Ripley once said, "Did IQs just drop sharply while I was away?" WTF were these movie makers thinking???? And the end of the movie... you can be a cadet for three years and then be promoted first to first officer, then to captain a few days later??? Excuse me?? He's Kirk, I expect him to rise in rank fast, but holy smokes, that's utterly ridiculous, and Star Fleet isn't that dumb.

Oh, but wait... it's all okay, because this movie has a trump card... it used a get-out-of-jail-free-because-we're-now-in-an-alternate-reality card. So anything goes. Great. I feel so much better now.
Posted by DKoren at 2:57 PM

Oh, man. I'm sorry the movie was so lame, but your review had me laughing out loud. I'll probably catch it on DVD next year and roll my eyes at all the stupid parts.

Kirk making captain after three years of cadet school, and four days of an emergency? That warrants a MAJOR eyeroll. Maybe the scriptwriters shoulda read some REAL military SF before they committed such a travesty. Though I imagine exercising their brains might've led them to avoid such laughable plot issues just as well.

I should give more credit to the actors than I did. They had big shoes to fill and for the most part, they did it. But they would have truly excelled had they been given a better script.

But my sister and family didn't notice the plot problems. I think that's just a curse of mine, to be particularly plot-sensitive and when it's illogical and contrived, I go nuts.

I get annoyed by plot holes in movies, too. I blame my writing apprenticeship for my critical eye. :D

Hi Deb! I just got the Friendly Blogger Award and passed it on to you on my blog-- you can swing by http://flapperdoodle.blogspot.com/2009/05/friendly-blogger.html to pick up the image :)

Darn. Hate it when movies don't meet your expectations. The 4th Indiana Jones did that for me.

I don't know much about Star Trek, but I did see that YouTube has epidoes of the original show on that I plan to watch because I love the acting and the stunts.

Aargh. Guess what I've just been invited to go see this weekend? By a friend I can't readily say no to?

Hey, Tillane, but you might like it! Everyone else seems to. :-D I really hope you do find it enjoyable! I saw it a second time today and I could mostly overlook the things that bugged me the most on the first viewing, and I caught a couple things that helped explain one item that bothered me... although I also added at least three more plot failures to my list. So, second viewing was much more fun than the first one.

Isn't it funny about plot? By it's very nature it is manufactured and contrived, and yet it must feel natural and honest so your audience doesn't pick up on the manipulation. And that's where these writers failed for me. 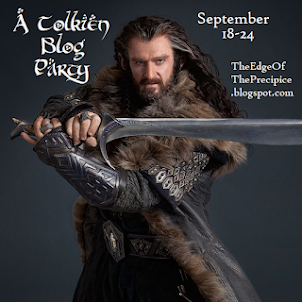