MEMM - Day 18 - The Hobbit character you relate to the most

Fili.  Ahhhh, Fili.  There’s almost nothing about him I don’t relate to, other than I’m not heir to the throne.  LOL!  (I do find it rather amusing that Aragorn is heir, as is Fili... coincidence?) 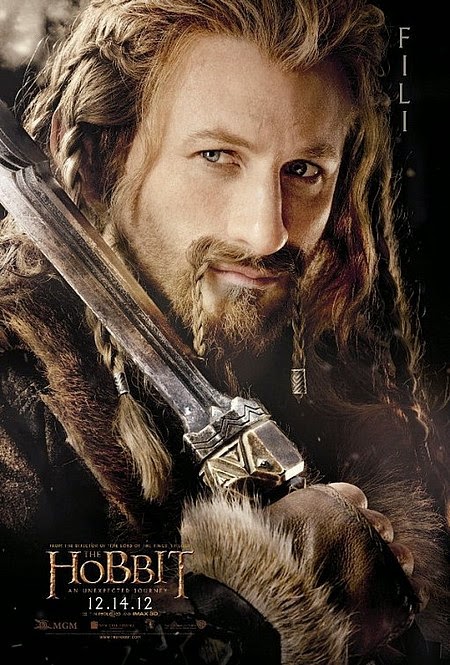 But, as the older sibling... yeah.  Fili’s always the one looking out for Kili in these movies, not vice versa.  In Five Armies, when they’re scouting Ravenhill and he takes the more dangerous route and sends Kili the other way, that would be me.  When he stays behind in Laketown to look after Kili.  Yep.  Trying to help Kili to the boat when they're evacuating from Bard's house.  Leading the way up to Erebor afterwards, making sure Kili’s not carrying anything.  Even when Bilbo tells them to stop, and Fili takes off to get deeper into Erebor’s halls and see the treasure, I would totally do that.  I relate to the sheer quantity of weapons he carries about him (Why, look!  Fili’s another very well-armed character).  I really relate to his last words:  “Go!  Run!”  Yeah, that’s what I would be yelling at Thorin too.  Don’t worry about me, just get away from here now. 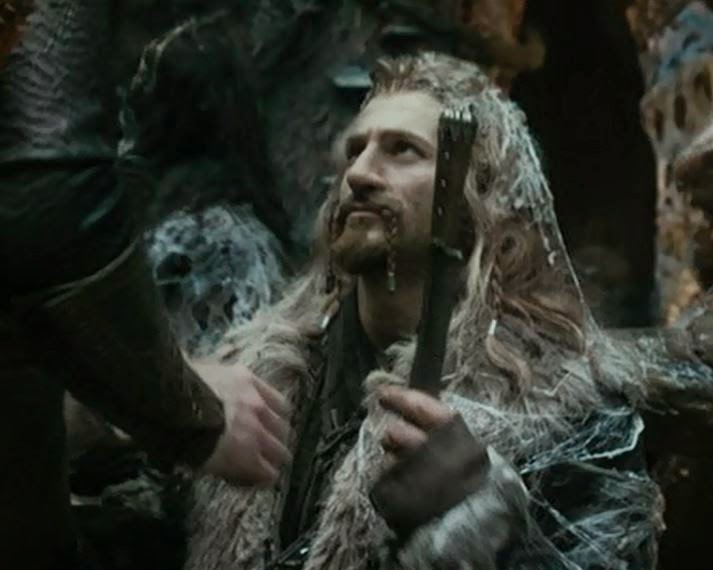 Fili’s quiet, alert and watchful, a good fighter, always looking out for Kili.  I love the way he yanks out of Thorin’s grip when Thorin tries to force him to toss Bilbo over the rampart, and how when Thorin starts to do it himself, he's actively telling Thorin “No!”  And the way Fili pushes Bilbo over to Bofur to get him safely away.  Kili tends to get Fili in trouble with Thorin, and having a younger sister, I relate to that!  I love when he tosses Kili a shield while they’re arming themselves.  It's a “here, try this one,” which I also do with my sister.  And I'd totally be saying, "I'm going over the wall, who's with me?" when the fighting starts.

I’ve got a wee bit of Kili in me.  Jumping out of the barrels to run up and open the river gates is the first thing I would do in that situation.  But Kili’s generally far more reckless and outspoken than I am.  As much as I’m thinking, “I will not hide behind a wall of stone while others fight our battles for us!” I’d be quiet like Fili and let the younger, louder sibling spout off what we’re all thinking.  But I will be right beside Thorin when the fighting starts.  Kili also falls in love too easily.  I’m much more guarded and skeptical. 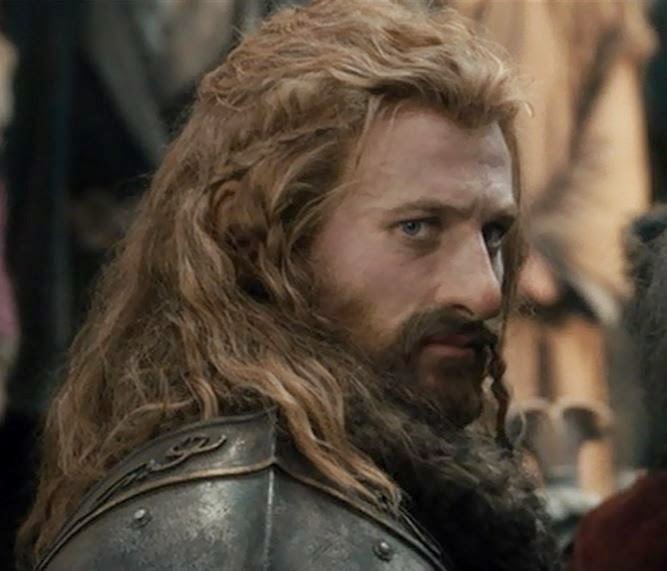 Physically, Fili looks a LOT like how I imagine Sirius Black in the books, did I ever tell you that? Aside from all the braids. I know Sirius is supposed to have black hair, but in my head it's dark-but-dyed-blond-and-growing-out, with a darker goatee, and... yeah, Fili just looks a lot like him.

I'm now imagining you tossing your sister a shield to try out, which is giggle-inducing, I'll have you know :-D

L and I were totally channeling Fili/Kili tonight, with her ankle toasted right now. Me trying to look out for her and help, her refusing. I told her that all we needed was an incoming dragon and a boat we were trying to get in, and she's like yep, what did you expect? ROFL.

And that is interesting! It's been so long since I read the book, I can't recall what I ever pictured Sirius Black looking like. It was before I saw the movie, but I just have no memory.

Hee, I can imagine all that.

I envision Sirius having that longer face shape too, very much like Fili's.