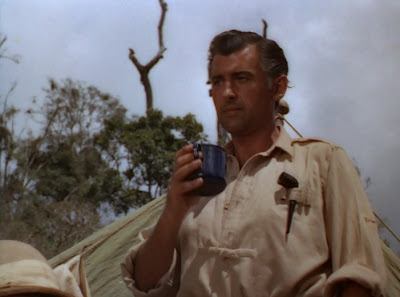 Well, to my great surprise, I did not particularly like King Solomon’s Mines. This seemed like a perfect fit with my love of adventure films, action, on-location filming, and Stewart Granger. I would have thought anybody could safely recommend this movie. But even factoring out the animal element (and I really should know better than to watch any movie heavily involving animals that was made before animal safety regulations were introduced, as I will just get upset) I still didn’t like this movie.

Why? Because I hated the plot, or lack thereof. This was a quest story, never one of my favorite types of plots. I much prefer journeys (like Lord of the Rings), which is similar, but where characters return changed from their adventures at the end. Quests are just that... characters travel in search of something and have random adventures along the way. And I have to admit, this bores me greatly. For me, King Solomon’s Mines was a series of incidents that tied together only because they happened to the same people.

For example, when we finally reach this village in the middle of the unknown territory, we randomly encounter a criminal, who we’ve never heard of before in the movie until now. We have an exciting bit of fight/escape/chase... and then neither the criminal nor the villagers chasing our heroes with the intent of murdering them are ever mentioned or encountered again. It’s just a completely random incident. We do find out that our MacGuffin, Deborah Kerr’s husband, passed by, but there are a hundred ways to find out that information. That's just one example out of many. This movie is nothing but a string of mini-adventures, none particularly related to anything else... and while many viewers may not only not mind that, but love that type of story, it personally drives me crazy. When we finally get to the fabled mines... woo, hey, guess what? They’re real! But does anybody care? Does anybody pocket some jewels? We came all this way, and nothing happens. We also find our MacGuffin unsurprisingly dead. Nothing happens about that either. Nobody is changed or different at the end of this movie, other than they’re a lot more starving and tired than when they started out.

So, the scenery was impressive, Stewart Granger was handsome and pretty darned awesome, Deborah Kerr whined a lot (not without cause), her brother was my favorite character, the animals scenes traumatized me -- particularly the awful, horrible opening, the plot bored me silly, and there wasn’t even any payoff at the end in the mines that we went all that way to find... 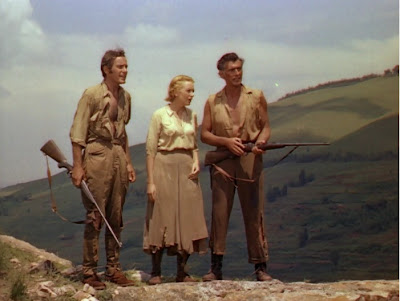 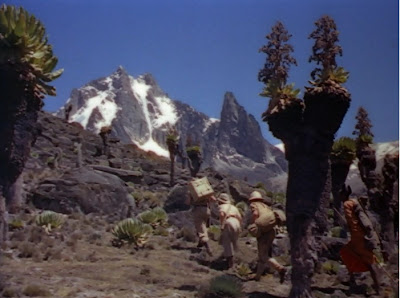 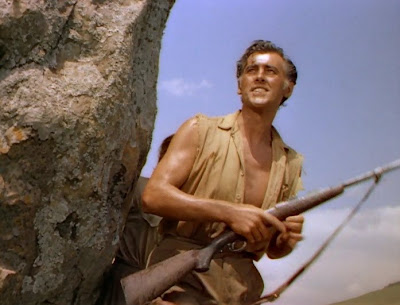 I didn't say anything before, when you first mentioned preparing to watch this film, as I didn't want to allow my feelings to possibly sway you. But I am SO with you!! I tried this movie about 6 weeks ago...wanting to get to know Stewart Granger a bit more. I was bored to tears after 25 minutes, so I turned it off.

How interesting that you also found it boring!

RosieP said...
This comment has been removed by the author.
4:03 PM

I'm sorry that you didn't like it. It's a great favorite of mine.

I much prefer journeys (like Lord of the Rings), which is similar, but where characters return changed from their adventures at the end.


Funny. I could have sworn that the characters - especially Granger and Kerr's - had changed by the end of the film.

It's not a great film by any means but any film with Deborah Kerr is worth watching. She looks gorgeous here.

Hm, I didn't see any change in the characters. The steadfast brother was still the steadfast brother at the end. Stewart Granger was the same competent, sympathetic guide/hunter that he was in the beginning. Deborah Kerr's character changed the most of the three, but hers was more of a physical change -- getting used to the hardships of traveling through Africa, so she was more self-confident and trusting at the end. But other than getting closure on her husband, there wasn't any change in her that I could see.

But I know I look at plots and character arcs differently, and things that bother me rarely seem to bother other people, so this is only the way I see it.

And Deborah Kerr sure sure does look good! Particularly with her shorter hair. She always did rock the short hair styles!

Although my first attempt at this film caused me to turn it off in boredom, I tried again several months later, forced myself to persevere, and came away liking it (though not loving it). For awhile I have considered it to be among my 5 fave of Stewart Granger movies; however, discovery of "new to me" films, plus re-watches of others, have, demoted this one.

It puts me a lot in mind of the Robert Taylor/Eleanor parker film "Valley of the Kings."

Not sure I'll be reviewing this one for my Stewart Granger month...just running out of time.